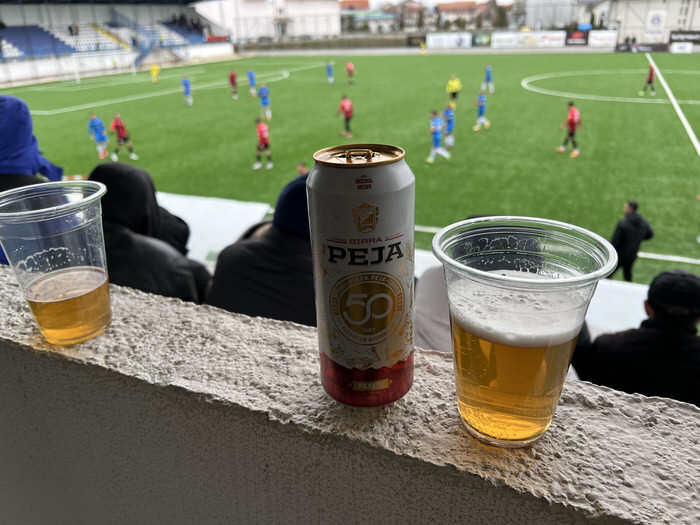 After the Vardar match, we left Skopje by bus into the night towards Pristina, the capital of Kosovo. We stayed in a nice and friendly hotel called Sirius, very new / modern. So we decided to have a dinner in the decent priced rooftop restaurant. Even though it was Saturday night, we were only able to find a bar for one more drink as the rest was closed at 10pm. Next day we took a taxi 20km outside of Pristina to the last match of the trip. FC Pristina should have been the fixture of choice, but there are currently not playing at the national stadium, which would have been again in walking distance from our hotel. No one it is going to be easy, but in the end it was. Only our organised taxi driver was a mess and quite expensive compared to the rest.

Ulpjana plays in a modern new built ground in the town of Lipjan. We opted for VIP tickets in the middle of the main stand priced at 5€ as they are directly in front of the beer tap. Unfortunately the tap was closed after the tried it to open, but it was too cold. But hey, we could buy some beer and food from the club shop outside and bring it back in. They had a great DJ next to us and it was a friendly atmosphere. The guests of Drenica brought about 15 teens and they brought some 🧨 explosive, which were massive on the concrete. The police laughed about them the first 10mins, but then the explosions happened too often and they needed to stop them. At the same time the home support appeared and it was a lively atmosphere for the smal amount of people attending.

Friendly club and atmosphere at Ulpjana, we felt welcome! After the match, we went back to the bus station, just to learn that our bus left 30mins earlier. The next would have been a 3 hours wait, so we organised a taxi for the 1,5 hours drive from Pristina back to Skopje at 50€ – fair rate.

On the eve in Skopje, we visited the empty old bazar. However, we found a great restaurant/craft beer bar with a German speaking chef. He introduced us his great Pastirmali (similar to Pide). Soo delicious!! 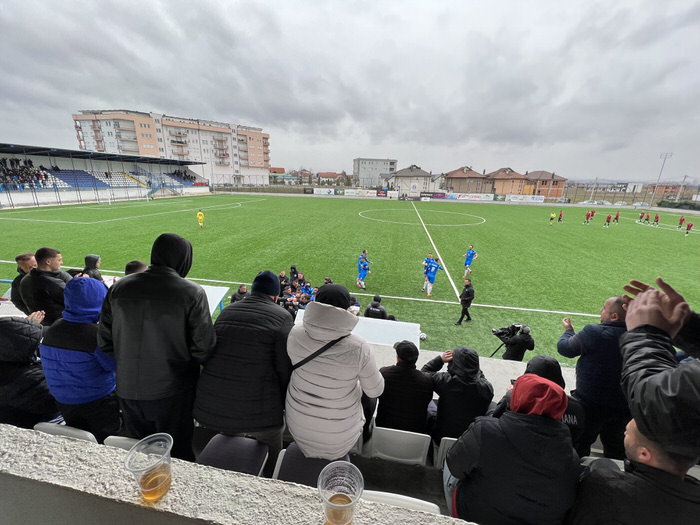 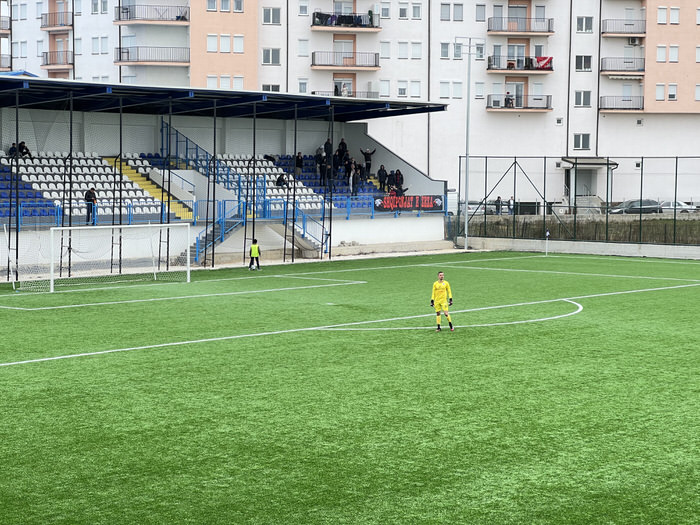