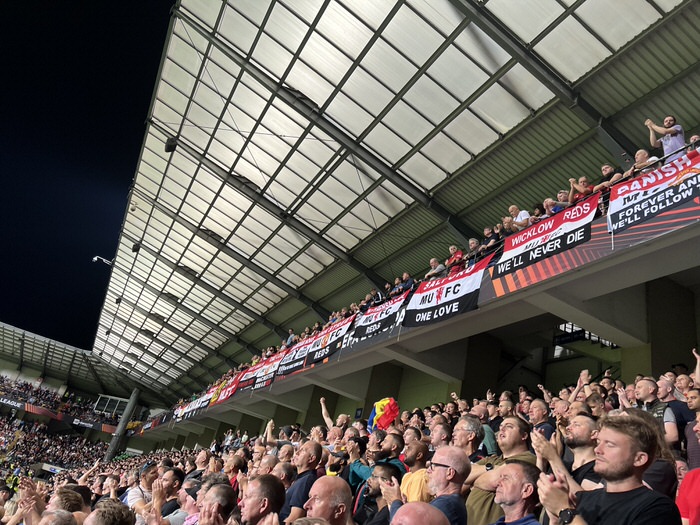 ✈️ 1600km from home, Flight from Manchester to Jersey to London Luton to Chisinău

Two weeks before my one week trip, United was drawn against Sheriff for their second group match of the Europa League. As I heard that they would play in Moldova‘s capital Chisinău rather than in Tiraspol, my planning began how to get there. Luckily, I got one ticket from the 600 away ticket allocation. The only option from Manchester on Wednesday was via a night flight from London Luton. However, the train staff planned a strike on that route before the Queen died. So, I booked two cheap flights from Manchester via Jersey to Luton. To spend the day „in transit“ (6h) on one of the Channel Islands was great.

The average delay for the flight from Luton to Chisinău with FlyOne is about 2 hours, with a planned arrival at 2:55am in the early morning. FlyOne from Armenia is one of the worst rated airlines worldwide, it reminded me a bit of FlyLow (the successor of Little Britain). FlyLow has also aircrafts based in Chisinău. My flight was only delayed by 1,5 hours and half of the flight were United supporters. Landed at Chisinău airport, I pre-booked a taxi to my hotel, luckily I got cash from the airport ATM (usually not do that because of the fees). But my driver forgot his cash at home, so I could pay the car park. 24hours later, I arrived at my hotel.

On matchday, I had breakfast at a local bakery, collected my away tickets at a local bar, where a drink was included and had a walk around the city with a mate from Zurich.

Arrived at the ground, there was a lot of police, but all were friendly and calm. There was only one entry to the stadium, which meant the 600 United supporters were guided through the home support. Well, the home support were mainly families. Sheriff did a ticket + bus from Tiraspol package at 12£ for locals, but it seemed that mostly people from the nearby Chisinău area were interested to see Manchester United.

Wizz (Witz) Air from Hungary topped up the flight delay to 2 hours on my home flight to Berlin, but thanks to a nice airport lounge it was ok. Another country seen. 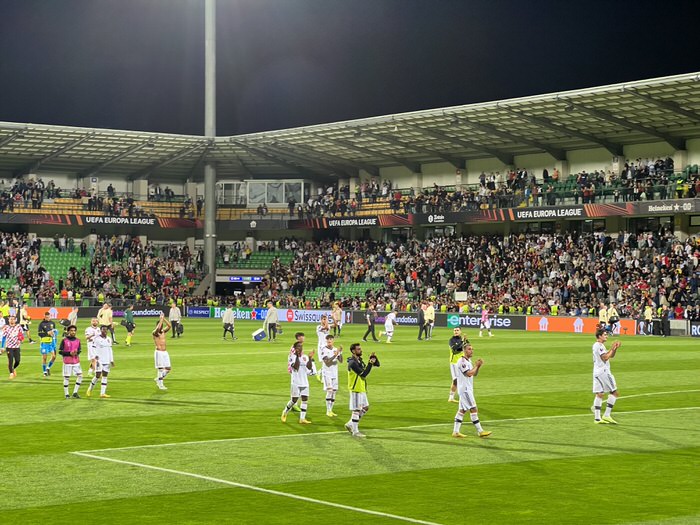 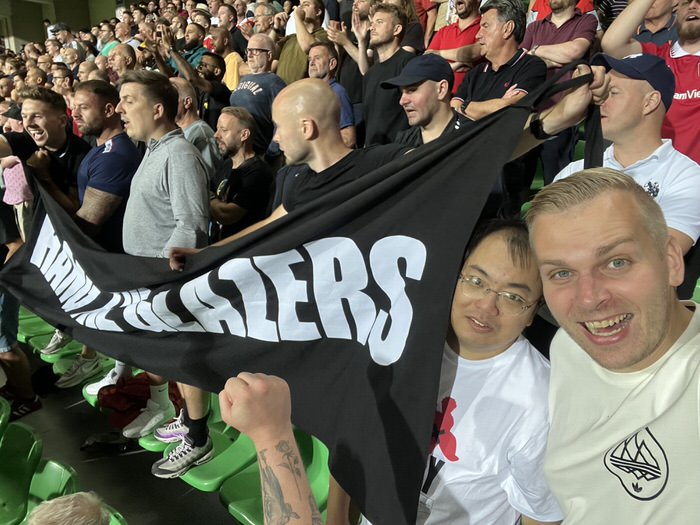