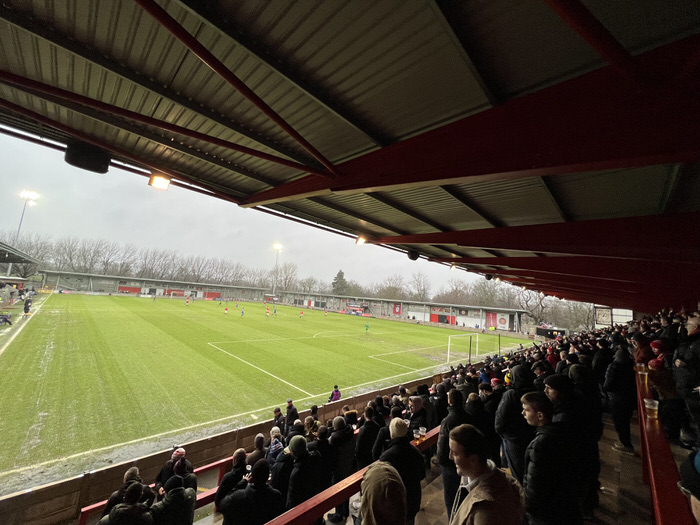 On Saturday a new 92 ground was planned, the last in Greater Manchester. Salford City plays in a suburb not far from the city centre. Before the game I visited one of the Manchester United training grounds and went to the community-owned Star Inn pub where I met Ade. The bartender told us that the Salford match called off cause of flooded pitch. Well, purpose of the trip to make another 92 was gone, after last nights FA Cup loss at Old Trafford, icing on the cake…

Shortly replanned and Ade took us to Broadhurst Park for FC United‘s home match versus Witton Albion. Normally, I would go only to Manchester United and FC United during a Manchester football weekend, but then I would never complete the 92. On the good side, I returned to Broadhurst Park after a couple of seasons and met a lot of old and new friends. Thank you Ade, Philipp, Jim and Scott for making it still a great day and weekend. FC‘s comfortable win on a muddy wet pitch put them on track to challenge for a playoffs place.

Broadhurst Park is one of the best places to watch football, there was live pre-match music inside the MRE terrace behind the goal, plenty of local breweries on tap, good food selections and proper facilities even when it rains for days the improved drainage kept the game on. Not for a fan-owned club playing 7th tier, isn’t it?

See you again this season FC. 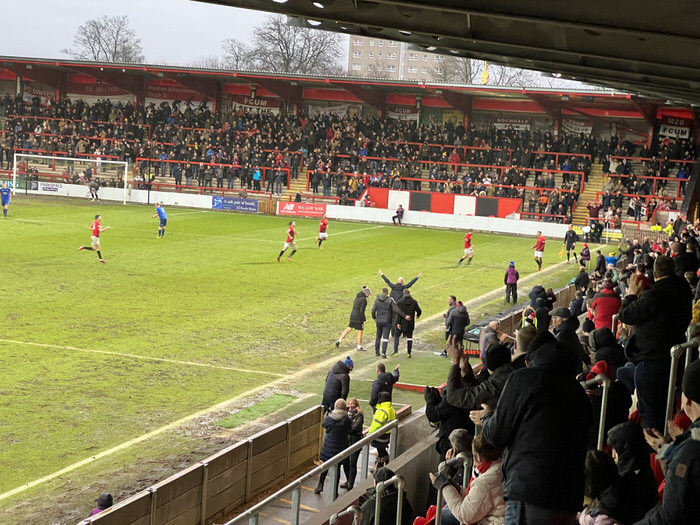 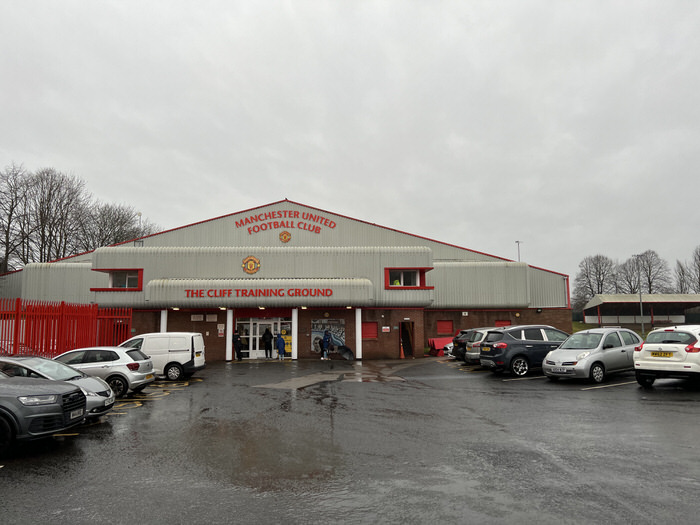