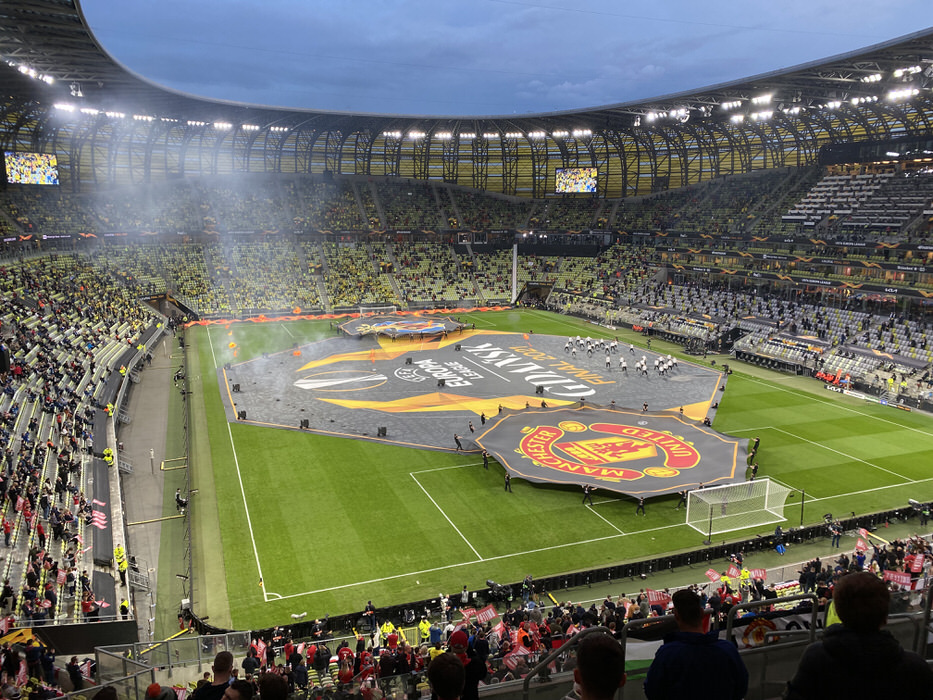 🍺 something, expensive from tap but not beer with alcohol

Out of nowhere Poland allowed up to 9.500 fans (2000 neutral via UEFA ballot, 2000 fans including execs from each club plus, the rest for sponsors etc) for the Europa League final. And the best thing team was that United qualified for the final again after I have seen them winning the cup 2017 in Stockholm. I missed out in the official UEFA ballot and in the first round of the United ballot as season ticket holders were preferred, luckily in the second ballot after a lot English lads cancelled their applications due to COVID restrictions, my Euro away points paid out and I got a ticket. Even better that two of my Swiss mates were successful too and we made the trip together by car from Berlin airport where I picked them up to Gdansk. No border checks on the road and we arrived at midnight in Bydgoszcz where we stayed the night before the match. Late at night we were really surprised that the bars were still open, even food was available – great after all that boring Corona thing.

On matchday we went the remaining two hours to Gdansk and we had a great afternoon in the lovely old town with open restaurants, bars and a bit of sing song with the other Reds.

It was so great to be back and to see at least one United match live in the season 20/21.

The football match itself cannot spoil the awaydays trip 🔴⚪️⚫️