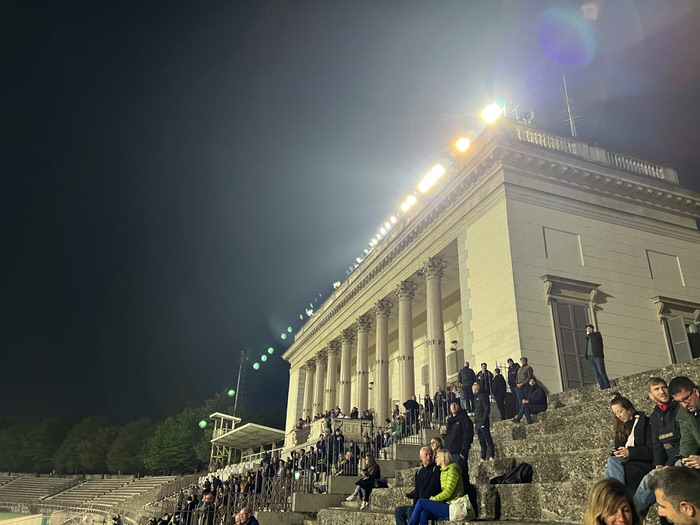 🍺 bring your own (no catering)

From San Marino I brought my rental car back to Bologna train station, from where I used the Italian high speed train to Milano. FC United of Manchester played their second and last away group match of the Fenix trophy there. In the late afternoon, I walked past the historic venue for the match. Napoleon Bonaparte himself let the Arena Civica built from 1805 as amphitheater, the first Giro d’Italia ended here in 1909, one year before the first football match took place between Italy and France. Both AC Milan and Inter played during the 1930’s / 40’s in that ground, among other big sport events took place. Today it’s used for multiple purposes: Track & field, concerts and Brera Calcio (Milano’s third team) plays their 6th tier matches there.

My pre-match time I spent with old and new FC United friends at the great craft pub La Buttiga. The game itself was quite good, even though as the ground is wide open it was hard (but still very good) for the 300 away supporters to create similar atmosphere like at AKS Zly in Warsaw during FC’s first Fenix trophy away match. Additionally, there was no atmosphere created by the few Brera fans. Anyway, another magic night for FCUM – “it won’t last till Christmas”. 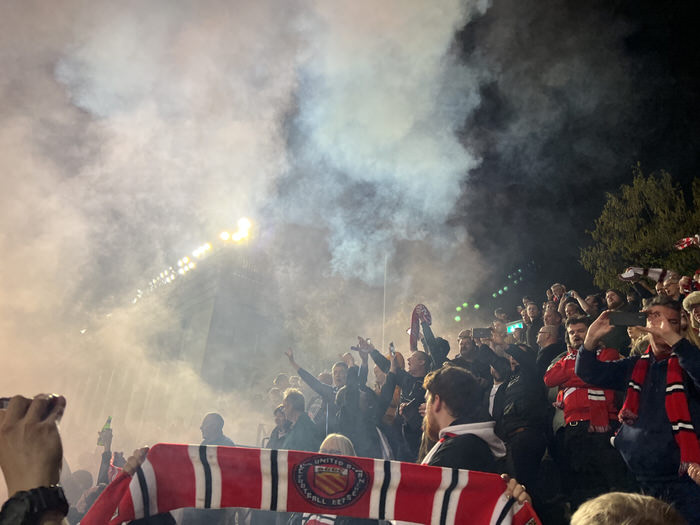 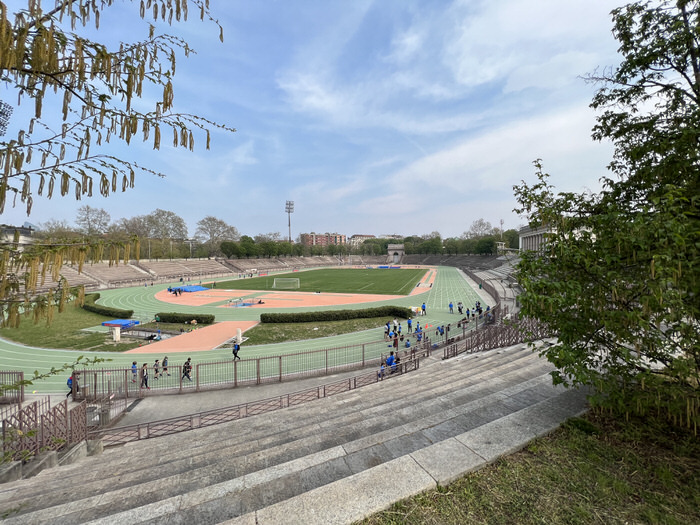