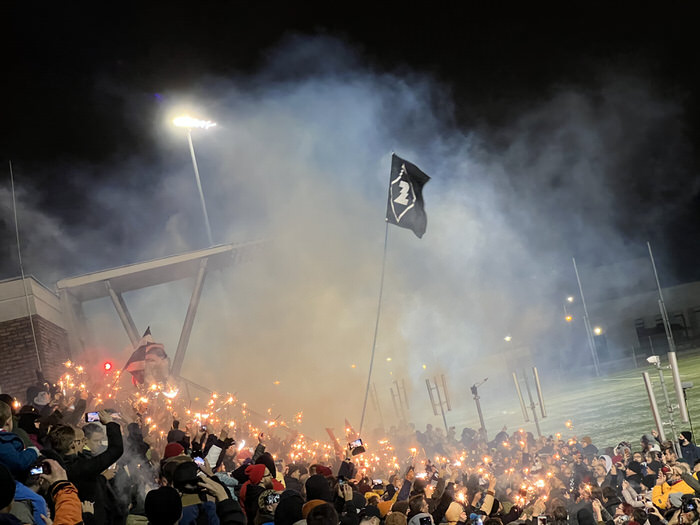 More than three years after FC United’s last EURO away at Austria Salzburg, they got invited to participate in the Fenix trophy – a European friendly cup competition involving 8 non league clubs, who are doing good for their community. The Fenix trophy was announced during the peaks of the COVID lockdown and at the same time the famous Super League tried to announce their piece.

To be honest, I never thought that this competition is actually happening in the end, because of the surreal lockdown, but also because of a brand new format with 2-leg group matches taking place alongside the usual national season and as it will cost a lot of money for the non league clubs to participate plus the extra effort for the squads.

The whole vision of the format aims at „making friends, not millionaires“ and FC United lives that since their foundation in 2005. I traveled with FC all over the place since and I enjoyed every single trip so much. Likewise my trip to Warsaw last week, where the first Fenix trophy group match for FC took place.

I decided to go by direct train from Berlin to Warsaw, which takes 6,5 hours and is just great. As I had to take the first train in the early morning at 5:40am, I had to go by car to Berlin main station first. On the way back I had to change at Frankfurt Oder because of a train damage. But all in all, I can only recommend the train for this route – it’s fast, cheap and has a great onboard restaurant as it is run by the Polish train services – they have a fully equipped kitchen with fresh Schnitzel, proper breakfast and much more for little money.

Warsaw itself seems to be a great city, still plenty of communism architecture but with a modern flair, great craft beer bars and good value food.

I met some old and new friends from FC United, we took our Uber driver (a Manchester United fan from Georgia) to the match and were at the after match pub with all the players and of course the AKS Zly home fans, which were great hosts. They organised the whole match day well, got permissions to sell beer at the ground, gave away some great tickets / posters and made us feel very welcome. Best of luck on your journey to build an own ground.

Bring on the next away trips to Amsterdam and Milano, probably early summer, before the finals taking place in Rimini. 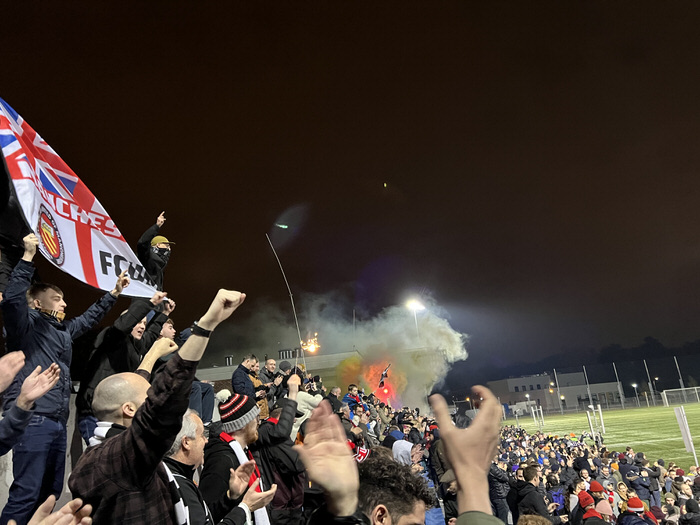