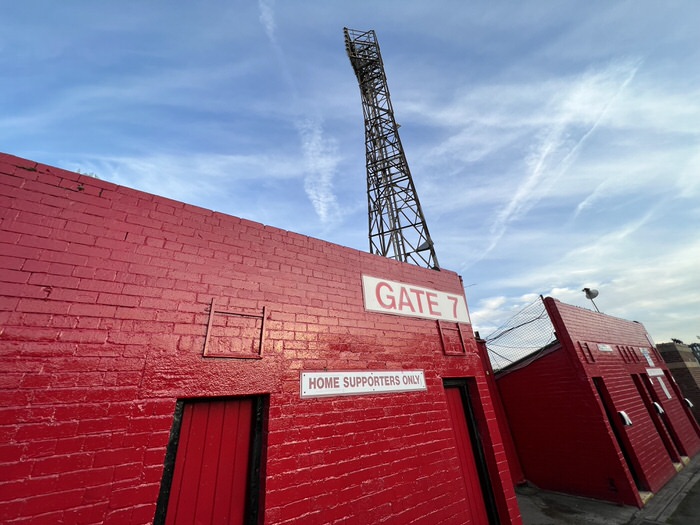 ✈️ 🚆 1286km from home, train from Manchester to Barnsley

After a short pub stop at the Sheffield Tap inside the train station, we made the short journey to Barnsley. There we went to the Old No. 7 pub and walked to the ground. Oakwell is another old school ground, they run two popup pre-match bars with a little stage and some music. Good idea, if they would not declare it a fanzone… The atmosphere during the match was a bit disappointing, almost no home support, only the few Vale supporters had sometimes a song.

I had not expected to see three matches in three old fashioned 92 grounds in less than two days after the weekend cancellations. 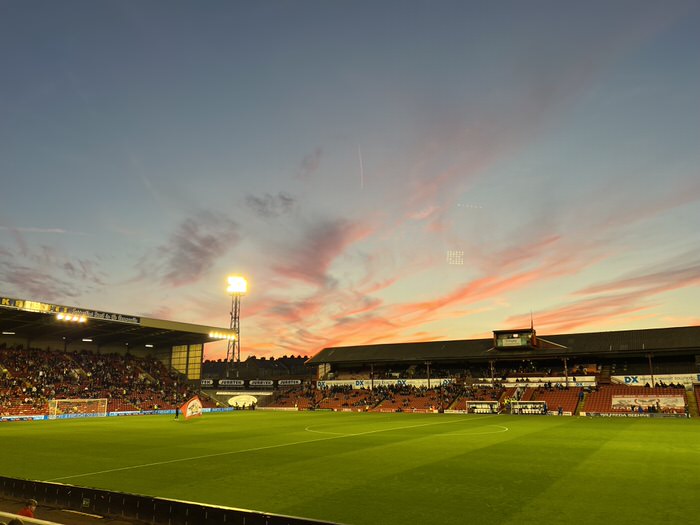 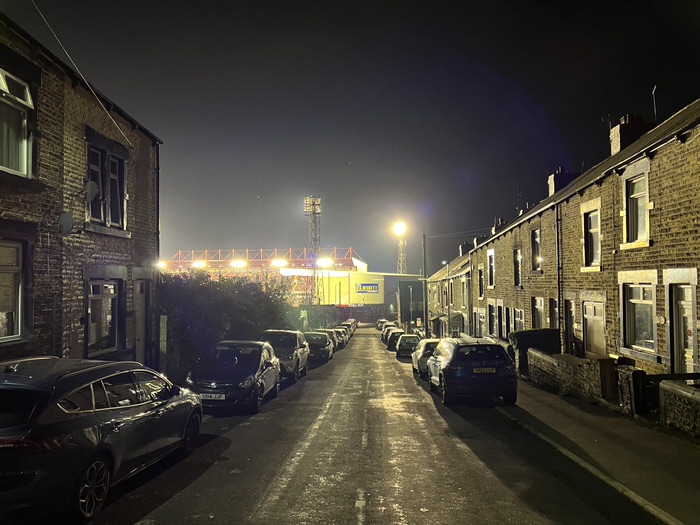